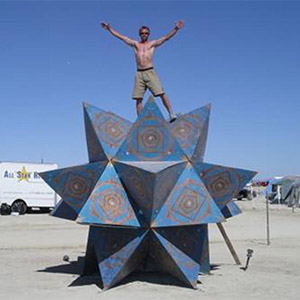 Rob Bell is a San Francisco based Artist, Designer and Engineer. After over a decade of working as a professional software engineer, Rob started Zomadic, a design/build company that focusses on the creative use of CNC technology. For Rob this has fulfilled a long time goal to combine his skills as a programmer with his desire to also work with his hands and create real world objects.

In 2001 after taking lessons from the works of Buckminster Fuller, Rob built his first of many Geodesic Domes. This lead him to other types of non-rectilinear geometries and research into the efficacy of their application to different architectural domains. In that vein, Rob went on to build a four metre tall stellated icosahedron called 'Spiky' that was featured in Mathworld.com in 2004. He constructed the piece from plywood and fabricated it in his garage with only a hand held skill-saw. It was around this time that Rob discovered what is properly known as a Zome in the wonderful book 'Shelter' by Lloyd Khan. Rob describes a Zome to us as,

"A type of dome which is based on polar zonohedral forms rather than geodesic. Zomes have many fantastic properties which render them highly modular and easy to work with."

Whilst planning his next structure, this time to be his first true Zome, Rob decided to see if there was an easier way to manufacture the necessary parts as opposed to standard shop tools. It was during this research that he discovered how CNC technology could help dramatically reduce his production times and heighten his capabilities. After researching different CNC tools Rob decided to purchase a ShopBot CNC Router and settled on Vectric's VCarve Pro software to create the toolpaths to cut out the Zome components. Rob explains below how VCarve Pro has become an integral part of his process.

"Shortly after starting Zomadic I purchased my first copy of VCarve Pro, I believe it was version 3. I chose VCarve Pro because of the many positive things I'd read about it on the ShopBot online forum. Since then I've used VCarve Pro for hundreds of CNC projects including signs, cabinetry, lamps, shelving, tables, chairs, beds, topographical contour models, architectural millwork, templates and more. I love the rich and well integrated feature set that VCarve Pro provides. I've found it provides me with enough control to accomplish just about anything I want to do. I've upgraded ever since and I'm quite pleased with the professional power packed in the latest version."

To design a Zome, Rob wrote ZomeBuilder, a parametric design tool inside of Google Sketchup to create the unique part geometry for each structure. In spite of the apparent complexity of Zomes, Rob notes that there only a few unique parts. Once the design is complete he exports the profile and pocketing regions of each part and then utilizes the power of VCarve Pro's layer management to import and organize the different vectors. From here he is able to automatically apply his saved Toolpath Templates to his standard file structure. This allows very fast calculation of the toolpaths for each design variation and once executed he is ready to save his part files and cut.

Rob even uses VCarvePro's vector contouring features to design some key part profiles as shown in the four step graphic above.

Since 2007, Rob has build a new Zome every year exploring the boundaries between art, mathematics and architecture. Here is a list of Rob's Zomes, starting with the Zomicile through to his most recent, the Miracula Mirabilis.

In 2007 I built my first Zome which I called the Zomicile. I displayed the Zomicile at the MakerFaire in Austin, Texas where it was awarded a blue ribbon! This structure was constructed of wooden rhombic frames and rigid foam panels. The tolerance control in VCarve Pro made cutting the puzzle jointed frames a breeze.

In 2008 I partnered with a Landscape Designer, Patricia Algara of BaseLandscape.com, to build a Zome Greenhouse in Berkeley, California. We called it the Algarden Zome. Each of the 84 panels was composed of two rhombic frames which sandwiched flexible, transparent plastic sheeting that was salvaged from a previous greenhouse that had collapsed. This time, instead of puzzle joints, the rhombic frames were assembled using a stepped lap joint which meant that there was a lot of pocketing to do. Here I was able to edit the tool stepover to optimize my pocketing routines.

In 2009 I designed and built my first zome pavilion at Burningman. It was called the Bodhisattva Zome. It's a 14' tall open air pavilion with seven built in benches inside. Two people can assemble this Zome in less than two hours with only their bare hands. To date the Bodhisattva Zome has been assembled 12 times. Here I made extensive use of mortise and tenon designs. I perfected my technique of using layers to manage the many intersecting pocket regions I had to contend with. VCarve Pro's layer control allowed me to manage what would have otherwise been an overwhelmingly complex process.

In 2010 I returned to Burningman with the Zonotopia Zome; a far more ambitious and complex structure. The Zonotopia Zome is twelve frequency structure over 20' tall with nine built in benches and three doors. To date this structure has been built four times - all with simply interlocking wooden joints and the bare hands of Rob and his ever growing crew of Zome builders.

Most recently in 2011 I built the Miracula Mirabilis; a helical shell Zome tower. With more unique part complexity than the previous year I found the new Toolpath Template feature in VCarve Pro to be invaluable. It allowed me to automate what had previously been a tedious and error prone manual procedure. Now with one action I can apply batches of pre-saved toolpath settings to the different layers of my design. This feature alone saved me many hours and potential mistakes.

Most recently Rob as been awarded an art grant from Burningman for Zonotopia 2012. He has now started to create his most ambitious project to date -"The Two Trees of Zonotopia" as seen to the right.

To conclude the case study Rob shares his thoughts on Zonotopia and how the theme of this year's BurningMan festival has helped inspire his latest project,

"I think of Zonotopia as an archaeological find that grows each year and blossoms into revealing forgotten secrets of mathematical wonders from a long bygone era. In 2012 the theme at Burningman is Fertility 2.0 and thus I am building Zonotopia and the Two Trees. All of my Zome structures will return to the playa to create an ancient courtyard in the center of which grow two zonohedral tree structures which symbolize the ubiquitous nature of duality in the Universe."

We very much look forward to seeing the completion of the Two Trees project and would like to thank Rob for taking the time to talk with us about his passion for Zome architecture and explaining how VCarve Pro has been used in the process to make these amazing structures come to life.

To learn more about Zomes and Zonotopia and to follow along with this years project visit the Zonotopia blog at Zomadic.com. 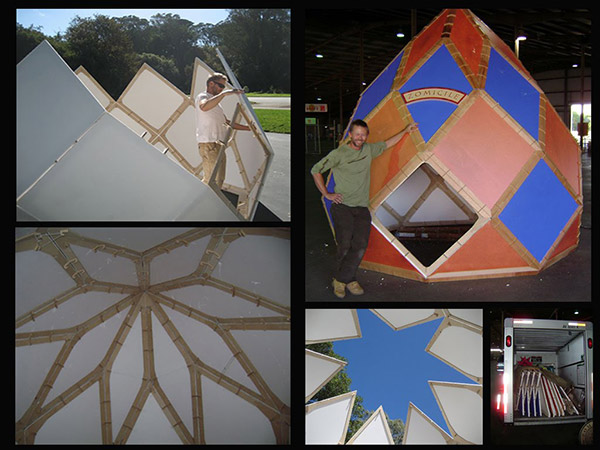 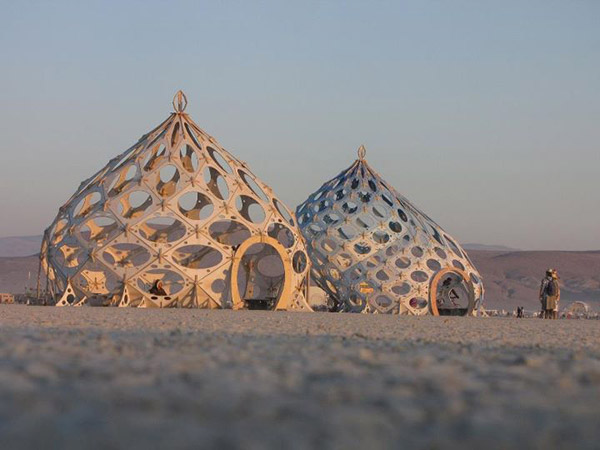 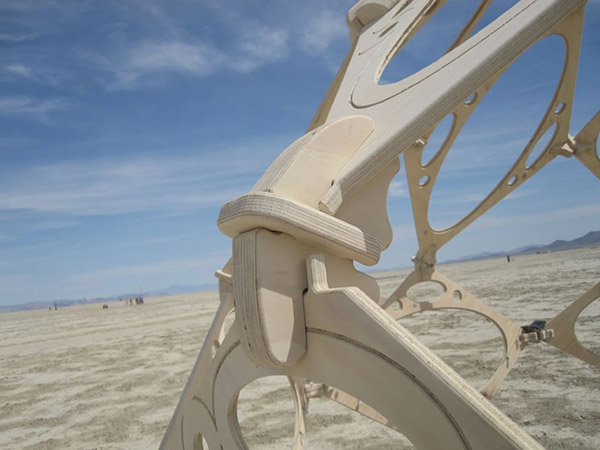 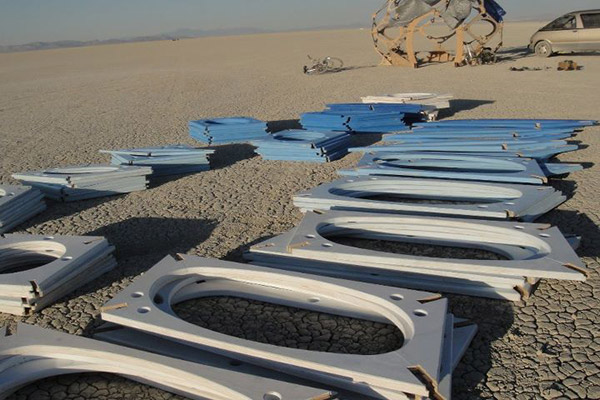 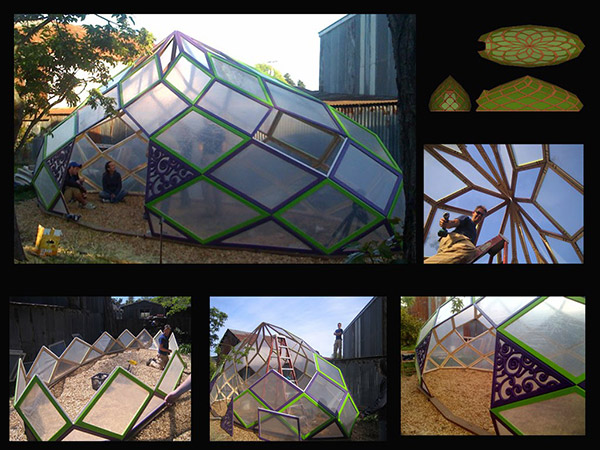 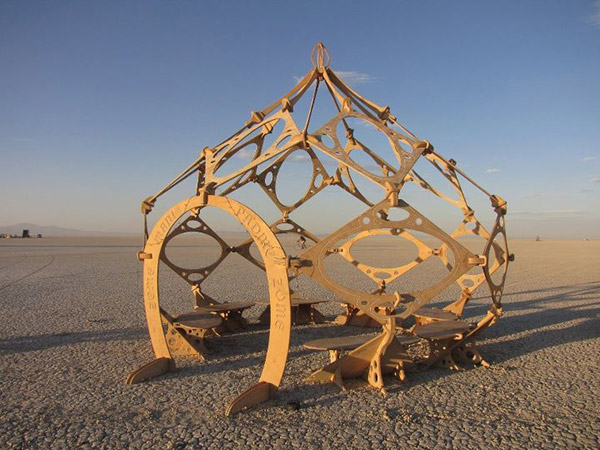 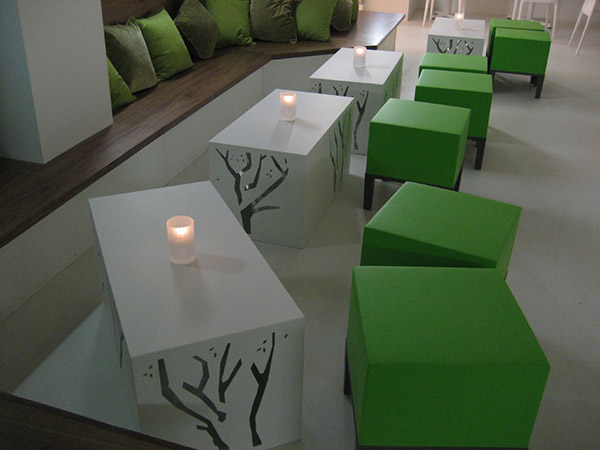 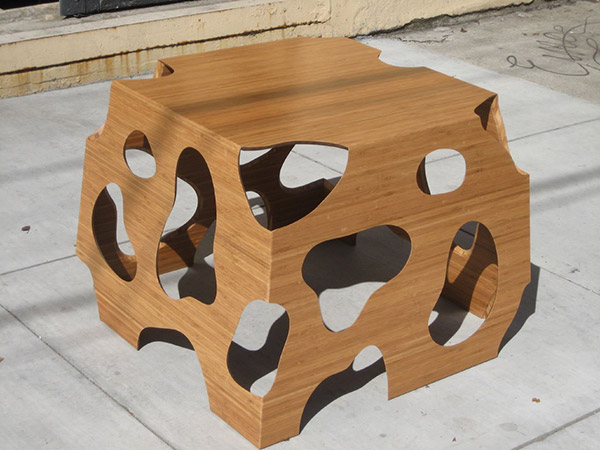 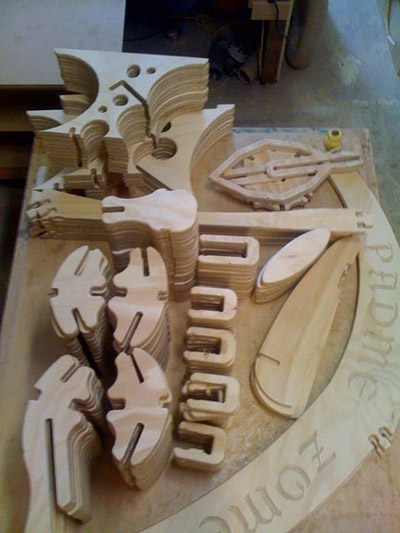 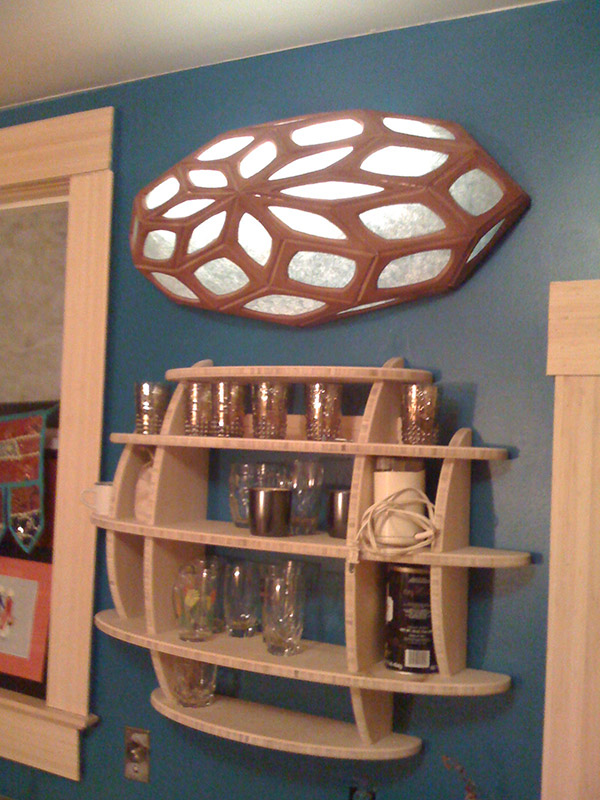 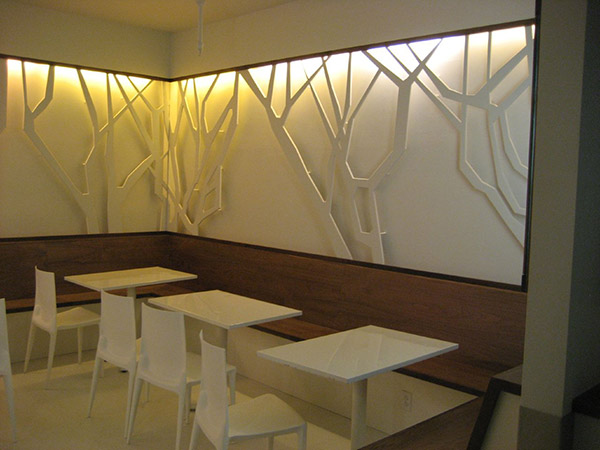 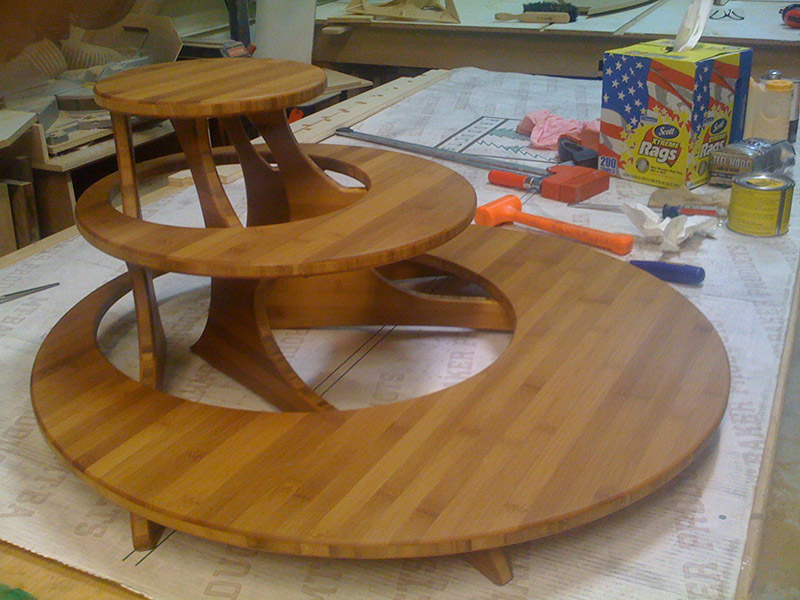 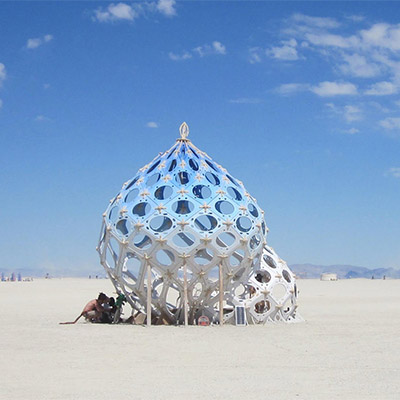